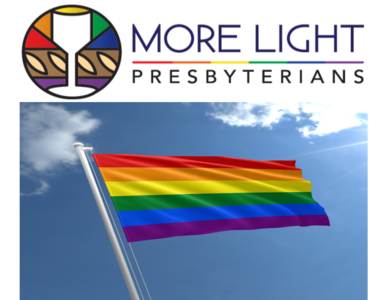 More Light Presbyterians are individual members and congregations of the Presbyterian Church (USA) who are faithful to God’s call and believe that God continues to open new understandings of scripture and the Word in the life of Christ. As a Christian community, we believe that the church must seek to live out those understandings in our life together.

Following the risen Christ, and seeking to make the Church a true community of hospitality, the mission of More Light Presbyterians is to work for the full participation of lesbian, gay, bisexual, and transgender (LGBT) people of faith in the life, ministry and witness of the Presbyterian Church (USA).

Our History On Becoming A More Light Congregation

Although it had been a campus ministry and student center from its beginning in 1952, UPC was chartered as a church in 1966, in the midst of the Civil Rights movement. During that time, UPC not only became one of the few places in Tuscaloosa where people of all races could worship together, but its facility was opened to speakers and activist groups who were denied meeting space elsewhere in the community or on campus.

October 28, 2018 we celebrated our first More Light Sunday. Mr. Alex McNeil, Executive Director of More Light, led a small group discussion and preached in 11:00 worship.  Over the weekend he facilitated a viewing and discussion of the documentary, Out of Order, a groundbreaking feature documentary revealing the complex and painful struggles faced by lesbian, gay, bisexual, transgender and queer faith leaders within the Presbyterian Church, USA.